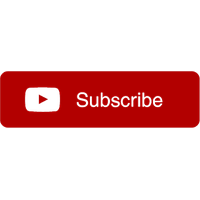 A tattoo motif featuring the bat can be something that is a little off the normal type of design that people go for. Due to this very unique cachet, these designs are gaining popularity to a large extent among men and among women to a certain extent. Like most tattoos that draw inspiration from creatures of nature, the people who go for the bat tattoo do so due to their admiration for the qualities that a bat possesses.

Besides the bat is one such creature that has many stories and legends surrounding it making it more mystical and mysterious. You will find that the bat design can also feature many other elements.

A few facts about bats: These creatures of the night have been endowed with many qualities throughout the course of time. There is the vampire tales that are attached to this creature. Which hit the peak of popularity by showing Dracula flying in and out into the night in the form of a bat. Many people tend to view the bat as something allied with the dark forces.

What is more, different cultures hold a lot of beliefs about this creature. Among the Greek it is believed that the Goddess Diana was seen with the bats. Since the goddess is supposed to be the symbol of virtue, virginity and motherhood, bats have also been associated with these qualities. Among the Native Americans the bats were symbolic of death and then rebirth. The Chinese believed that bats were a symbol of luck, happiness and good fortune.

Many people show the bats as angels who have fallen off the pedestal. Plus it is also true that since a very little portion of the many species that exist of bats drink blood, people believe it is true of them all. The awesome fact about bats is that they are only mammals that can fly.

With their fearsome looks and the legends that lurk around them it is no wonder that bats inspire a lot of designs to do with Gothic themes. They can also be used as one element in the overall design consisting of demons, skulls, grim reapers, cadavers and such other things.

The meaning and significance of bat tattoos: Since this creature has been endowed with so many qualities, bat tattoos have both negative and positive meanings. Some people like to lean towards the evil side when it comes to a tattoo design featuring the bat. The bat may be shown as something with evil intent that would be obvious on its features. Some may go in for a realistic look or even show them in groups as the fly off in the clear moonlight.

With bats being part of both the vampire legends and also being a part of the superhero Batman legends, the designs could depict either of these. Sometimes the bat design makes an important addition to a macabre theme that shows the evil elements like an fallen angel, skulls, the grim reaper and other elements on the same line.

When you are thinking of getting a bat tattoo you need to look at all the design possibilities. You will find that the bat can surprisingly offer you many choices that represent both the negative as well as the positive forces. Due to the way they look as the fly around or hang upside down they have a really impaction look when taken purely from the design point of view.

Apart from this you need to know that most tattoos are forever and this means you should get a tattoo that you can live with forever. When you are considering this do give ample consideration to future employment and other social aspects too. This brings us to the location of the tattoo. A discrete location means less attention but it also means less embarrassment in the future.

26 memorable Cancer Ribbon Tattoos that Will Bring a Tear to…

About the Author: Giant Tattoos